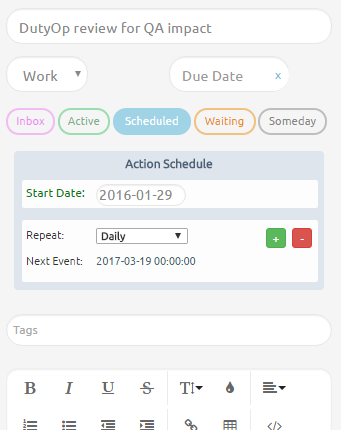 Thanks for the report. We released some new code for a feature coming out soon, that appears to have caused some problems. We have fixed this now, and scheduled tasks should start to appear again soon. Please check after the top of the hour and let us know if they have appeared. Thanks for your patience.

should be fixed now. Per other users reports.